We’re with you all the way

The following tools will assist you in your interaction with the Tandym team.

Chat with our Experts

Should you require any assistance with your pre-press requirements, please do not hesitate to reach out to our experts – they will be delighted to assist. 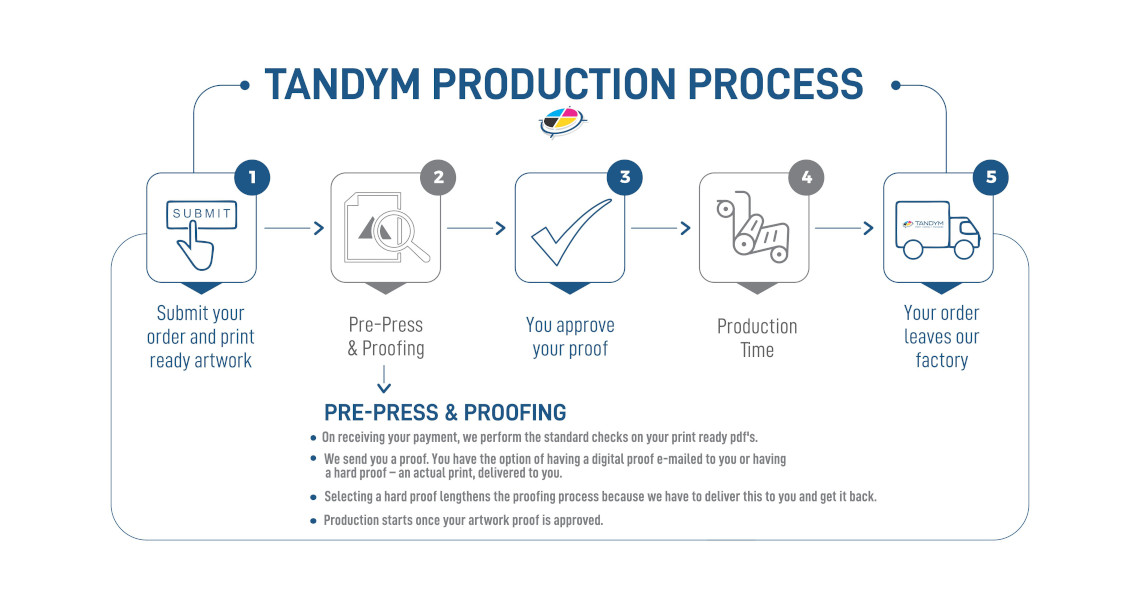 Tools to Help You

Preferred file format is PDF in as high resolution as possible.

Right Click and Save As here for the Acrobat Job Options that could be used to generate print-ready PDF files.

Files can be supplied as single or multiple page PDF’s as long as they run in the correct page sequence.

Paper made from pulp containing little or no acid so that it resists deterioration due to age. Also sometimes referred to as alkaline paper, archival paper, neutral pH paper, permanent paper or thesis paper.

The process of coating paper in a water based substance to protect and enhance the printing underneath. A printing press applies the coating like ink.

Changes made by a client to artwork at the proofing stage of job. These are usually made at an additional cost to the client.

Space beyond the actual edge of the artwork that is provided for in layout and printed to afford margin for error when trimming down a page so that there is never white space on the edge of a page after trimming.

Elements of the artwork that are debossed, embossed or stamped, but not printed with ink or foiled onto the page.

To organize the material to be printed in a specific order as requested.

Mostly commonly used when printing books with sections that will be stitched together. Specific marks or signatures printed on the back of sections that indicate the correct order that the sections must be placed in before binding or stitching.

Strip of small blocks of color printed on a proof or press sheet to assist in evaluating features such as density and dot gain. Also called a color bar, a color guide or a standard offset color bar.

Adjusting the relationship between the process colors to achieve a perfect colour match.

Change in color result due to changes in register, ink densities, dot gain or converting between colour spaces (RGB to CMYK) during four-color or offset printing.

The tendency of middle pages of a folded signature extending slightly beyond outside pages. Also referred to as feathering, outpush, push out or thrust.

Lines printed on artwork that indicate where the printer must trim the page. Also referred to as cut marks and tic marks.

To cut irregular shapes in paper or paperboard using a die.

Phenomenon of halftone dots printing larger on paper than they are on films or plates, reducing detail and lowering contrast. Also called dot growth, dot spread and press gain.

Price that states what a job will probably cost. Also called bid, quotation and tender.

Refers to ability of film to be registered during stripping and assembly. Good fit means that all images register to other film for the same job.

Basis weight of paper in grams per square meter (gsm).

Arrangement of pages on mechanicals or flats so they will appear in proper sequence after press sheets are folded and bound.

A number assigned to a published work and usually found either on the title page or the back of the title page. Considered an International Standard Book Number.

A number assigned to a specific printing project in a printing company for use in tracking and historical record keeping.

A reproduction of the original printed matter and possibly containing instructions or direction.

Undesirable pattern resulting when halftones and screen tints are made with improperly aligned screens, or when a pattern in a photo, such as a plaid, interfaces with a halftone dot pattern.

In the book binding process, a stage where air is expelled from it’s contents at the sewing stage.

Total number of pages that a publication has. Also called extent.

Press capable of printing both sides of the paper during a single pass. Also called duplex press and perfector.

Camera work, color separations, stripping, platemaking and other prepress functions performed by the printer, separator or a service bureau prior to printing. Also called preparation.

Mechanicals made so they are imposed for printing, as compared to reader spreads.

Mechanicals made in two page spreads as readers would see the pages, as compared to printer spread.

Number of rows or lines of dots per inch or centimeter in a screen for making a screen tint or halftone. Also called line count, ruling, screen frequency, screen size and screen value.

Allowance, made during paste-up or stripping, to compensate for creep. Creep is the problem; shingling is the solution. Also called stair stepping and progressive margins.

Back or binding edge of a publication

One ink or varnish applied to portions of a sheet, as compared to flood or painted sheet.

Usually in the book arena, adding an additional page(s) beyond the normal process (separate insertion).

Technique of making color separations such that the amount of cyan, magenta and yellow ink is reduced in midtone and shadow areas while the amount of black is increased. Abbreviated UCR.

Doing Business with Us

Take a look at the documents below which will assist you as you consider Tandym or begin working with us.

We have the following accreditations: 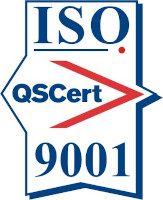 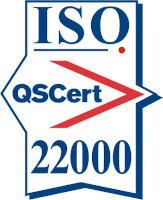 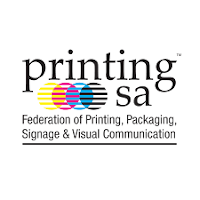 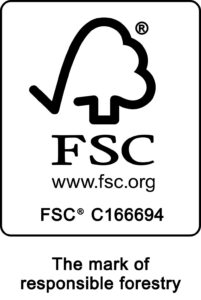